As a Nutrition Coach

People often think I’m going to tell them to cut out sugar, eat “good carbs” and only eat chicken breast.

I am a beer drinking, pizza eating & strawberry pencil consuming kind of guy.

At DMF, we understand nutritional science and know how to deliver good quality advice to people, making their lives easier.

Kale smoothies are outlawed (because they aren’t necessary!)

Real people don’t eat that way nor do they need to.

Hell, a short while ago, someone joined DMF and we made them swap a simple drink they were consuming daily to a Diet variation and they dropped 2 stone.

So, here I thought I’d do a short blog on what mistakes I’ve made before when it came to fat loss, before I had any form of decent nutrition qualifications or experience – in the hope that it helps the reader.

For many a year, I believed that calories aren’t important, that sugar is the enemy, processed food is terrible for us and causes us to gain fat. That insulin spikes are to blame for fat gain etc.

The day I accepted that, you know, the scientific truth, was the day I was liberated from all that fad bullshit that we all get roped in to.

Obviously as a guy, I wanted to have a six pack and some guns and a chest as I thought it would make me happier.

To get where I wanted to be, I tried all the fad diets, magazine workouts and protein shakes etc. Sadly, it was only when I consistently ate adequate protein (1g per lb of bodyweight is the sweet spot for most) – was the day I started to see the progress I wanted.

Most people just don’t consume adequate protein. You don’t have to eat like a pro bodybuilder to get some decent progress.

My social circle is quite a big one and I’ve got friends spread out all over the sodding place. When we get together, we like our beer, our rum, cocktails etc.

I also, like anyone else enjoy food, probably not as much as your average Personal Trainer, I don’t get obsessed about going to a particular place to eat, I’d rather a waterfront bar with mates for example.

However, we all can eat and drink to excess, and that completely nullified the work I put in in the week days. Still does to an extent.

Not limited to, as I’ve tried many a different “named” Diet.

Fasting? Check (bit of a caveat to this one actually, but for the point of this post I’ll leave it here)

I was told by a Nutrition “coach” that I was carb sensitive and needed to go on Keto. *rolls eyes*

Did I get leaner? Yes, but it wasn’t Keto that did it.

I was in a calorie deficit.

I lasted 6 weeks and I felt like shit and was miserable as I couldn’t eat the foods I liked.

All diets work to a point. Doesn’t mean they are the right ones.

In the past 5 years I’ve had stints of cutting out alcohol completely.

3 times was because I wanted to, for my own personal reasons, this was a good decision for the reasons I did and I’m glad I did it.

Yes I did, however it alienated me from my closest friends, who even threw me a surprise party that I didn’t know about, but said I couldn’t go because I didn’t want to be tempted. I was really quite gutted when I found that out, embarrassed and sheer guilt about the effort they’d put in.

Not everyone is in to training, mostly because they don’t feel like they know what they are doing, or have had bad experiences. I understand. Maybe I am just one of those weirdo’s who enjoys exercise and the feeling it gives me.

However, you just don’t need to train 6 x per week, its nonsensical and unnecessary.

The best results come from those who train EFFECTIVELY.

Change that, and the results are better.

Urgh, everyone is going on about “eating clean”. Been there, done that, what a load of gash that is.

So from a “scientific” perspective, around 70-80% of your food needs come from Single Ingredient Whole Foods, such as lean meats, fish, wholegrains, fruit and veg etc. The other 20 ish can be from whatever the hell you like, within reason.

I used to be afraid of packet sauces because they are “unnatural” etc.

Celebs who are in shape bleating on about this are causing problems.

So are “experts” or people who are in good shape, muscular or whatever saying that you have to eat clean to be in shape – talking balls. Which is a good thing!

Ignoring them, going with properly educated people who look at your lifestyle, encouraging you to not try to be perfect (that’s impossible anyway) and focus on the big rocks is a far better approach.

After signing up with a Bodybuilder from Newcastle and his chum online, I ended up spanking a rather large sum of money on supplements.

None of which are effective or worthwhile any of the money.

I ended up with empty pockets, some marginal progress and feeling rather pissed off that the wool had been very much pulled over my eyes.

Honestly, I’ve done them all.

Long boring stints on the treadmill.

Short sharp bursts on the bikes.

Finding something I enjoyed, Mountain Biking, Road Biking, lifting (using more bodyweight variations) and getting someone to help with my training, is simply the best way for me to stay on track.

I enjoy them and will put effort in to making them happen.

Before owning a gym and being a Personal Trainer, I worked in IT for 15 miserable years. What a career.

I sat A LOT, did a lot of driving, and tried to out train my poor excuse for a “good diet”.

In an active person, your daily non exercise activity – NEAT, accounts for 20% of your daily energy expenditure.

Want to get in shape easier, get your NEAT as high as humanly possible. You get to eat more freely with food! 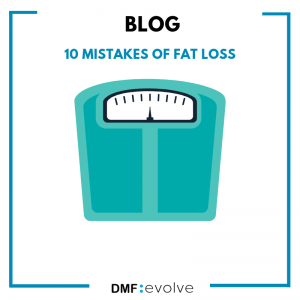